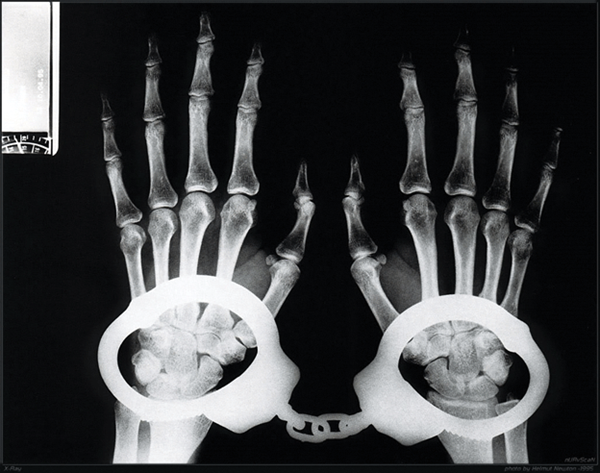 Residents in the receiving hospital for one of the world's largest correctional facilities see a wide variety of incarcerated patients with an array of chief complaints. The CDC defines incarcerated men and women as an at-risk population.1 According to the NAACP, 1 in every 32 adults is incarcerated, meaning that 3.2 percent of the U.S. population is under some form of correctional control. Despite this fact, there is a relative neglect of this topic in medical education. The incarcerated represent a unique patient population with a breadth of interesting presentations.

There are marked differences in mortality between those who are incarcerated and the general population. Statistics have shown a death rate 19% lower for incarcerated individuals aged 15-64, but in the 64 and older group, mortality is 56% greater. It is postulated that the lower death rate in the younger population may be attributable to lower rates of traumatic death, including motor vehicle accidents. Additionally, the incarcerated have seen an 84% reduction in AIDS-related deaths since 1991, though death rates from all other illnesses have risen 82%.2

There are significant mortality differences between the genders in prison. Compared to women, imprisoned men are more likely to die from 9 out of the 10 leading causes of death in the United States, and this translates to a 72% higher risk of death in males.

Statistics from the Department of Justice show that inmate mortality is 11 times higher in inmates older than 55 than in the 34-44 age group. Despite this rise in mortality, suicide rates remain constant across all age groups. It is interesting to note that 5 out of the 6 states with the largest prison populations represent 40% of all prison deaths in the United States (Texas, California, Florida, New York, and Pennsylvania).2,3

Beyond mortality alone, morbidity among the incarcerated population is also unique. They possess a significant burden of comorbid conditions. Despite the relatively young age of prison inmates, the CDC has reported that 76% see a medical professional for a known medical problem. The most common medical complaints are arthritis and hypertension, each representing 12%.2,3

Not all comorbidities in this population are medical — a significant portion of the incarcerated population also has an underlying psychiatric illness. More than half (54%) of jailed inmates have met criteria for mania, nearly a third (30%) have had symptoms of major depressive disorder, and almost a quarter (24%) have met criteria for another psychotic disorder. Underlying mental health conditions are challenging to manage in a prison setting, and patients with mental health conditions are twice as likely to be injured in an fight during their incarceration.3

While often confused with each other, body packers (aka mules) and body stuffers represent two very different entities. A packer is someone who transports drugs by ingesting packets into his/her GI tract. An important distinction is that packers often have the toxin encompassed in protective packaging. One article published in the Emergency Medical Journal studied 1,250 subjects apprehended by U.S. Customs officials at JFK Airport. The mean age of these individuals was 33 years, 70% were male, and the most commonly transported substance was heroin (73%). Of the 1,250 individuals apprehended, 56 were admitted to a hospital. Of these, 45% required surgical intervention, while the rest were managed conservatively.4

This same article advocated for a protocol approach to this particular patient population. The first diagnostic test should be an abdominal X-ray, but if inconclusive the provider should move on to an abdominal CT. Patients presenting with bowel obstruction, intoxication, or vital sign instability should have the packets removed surgically. If none of these are present, then conservative management (observation) can be pursued. If the packets have not passed in 5 days, then surgical removal should be reconsidered. Patients can be considered “cleared” when they have two normal bowel movements and a normal abdominal X-ray.4

Stuffers, on the other hand, are people who ingest a large quantity of a substance to conceal it from officials with the intention of avoiding prosecution. While it is difficult to acquire data, one study analyzing the packaging of 683 body stuffers showed that 96% of toxins ingested were cocaine and 4% were heroin. This likely varies depending on local drug abuse patterns. In the setting of cocaine stuffing, the time to peak concentration is 50 to 90 minutes and follows first order elimination. Current protocol advocates for between 6 and 72 hours of observation for asymptomatic patients. This varies, as it is often difficult to assess a true history or drug type and quantity consumed.5

Management of Near Hangings

As previously mentioned, psychiatric disease, including depression, is rampant within incarcerated populations. This leads to a high risk for suicide and suicide attempts. According to Mansoor, et al, the suicide rate in the United States has been rising for the past 10 years.7 Between 2000 and 2010, hanging accounted for 52% of all suicides. Case fatality for all hangings ranges from 69-84%.7 Suicidal hangings differ from judicial hangings in that the body does not generally fall from great heights. Spinal cord and skeletal injuries are rare in suicidal hangings. In a review of literature cervical spine injuries occurred in only 0.6% of patients (4/689).8 Despite this, X-rays and CT scans to evaluate the cervical spine are routine. The actual cause of mortality is debated. The two most likely events are venous obstruction leading to stagnant cerebral hypoxia or arterial occlusion leading to brain ischemia. It is thought that airway damage leading to difficulty in airway management is rare, and death secondary to airway closure is uncommon.8

The Challenges of a Safe Discharge “Home”

One of the greatest challenges facing correctional health care providers is safe discharge planning. This can complicate even the simplest of medical issues. For the most part we are discharging patients into an environment that is much less safe than home – a place where their access to care, or even their willingness to accept that care, is impeded. Follow-up is a challenge, as we often have to trust the prison health system to appropriately coordinate care. In a lawsuit filed by the ACLU against a Nevada state prison, a physician investigator noted a “horrific pattern of neglect” and “frequently under-qualified staff.”9 While it is unfair to extrapolate this across the entire correctional system, it should give you pause when classifying someone as a safe discharge.

Finally, in most situations with a complicated patient and uncertain outcomes, shared decision-making can be employed. This is a particular challenge when the patient is handcuffed to the bed with prison guards at the bedside. How much information is a provider required to disclose to the prison guards? As with most protected health information (PHI), medical information about your incarcerated patient should be disclosed only if it would help to prevent immediate harm to the individual or public. PHI may be inadvertently passed to non-medical staff if they are allowed to stay within audible distance of the patient during your history taking. An emergency provider should always balance his/her own safety and that of the patient by asking the guards to maintain visible contact with the patient, but be out of hearing range of the conversation. Inversely, when doing a physical exam the patient has a right to privacy, so the guards should be close enough to hear any incidents, but should not be allowed to see the exam; the Society of Correctional Physicians recommends “privacy of sight and sound to the degree possible without creating a risk to the provider or other individuals.”10

The concerns regarding discharge planning for incarcerated men and women are well-placed. There are no obvious solutions, so it is therefore incumbent upon those of us committed to providing health care for these individuals to provide the best care possible. These individuals represent a truly medically underserved population with unique medical needs. Recognizing these differences can make us more effective providers for these patients.