You are in the middle of a busy shift when you receive a pre-hospital call that EMS is 15 minutes out with an active cardiac arrest. The patient is a 45-year-old woman who was being prepped for a shoulder procedure at an outpatient surgery center. She received a brachial plexus nerve block with lidocaine and shortly thereafter developed generalized seizures. She then became hypotensive and progressed to asystole arrest. As you prepare for the patient's arrival, you remember hearing about lipid emulsion therapy for local anesthetic systemic toxicity and wonder if there is any utility for it in this case.

Local anesthetics are routinely used in the emergency department and elsewhere for acute pain relief. Common applications include preparing a wound for suturing, as nerve blocks, and using topical creams for IV placement. Local anesthetic systemic toxicity (LAST) is an uncommon, but very real, complication of anesthetic use and can result in significant patient morbidity and mortality.1 It is important to be familiar with the clinical presentation and treatment of LAST.

A local anesthetic's desired effects are achieved by inhibiting pain-sensing peripheral nerve fibers through a blockade of intracellular sodium channels. This inhibits neuron firing and prevents pain signals from reaching the brain. However, as serum concentrations rise, the sodium channel blockade will also start to alter nerve conduction of other organ systems, specifically the myocardium and brain. CNS excitation-related symptoms will occur first as the anesthetics block CNS inhibitory pathways.

Neurological symptoms include the sense of a metallic taste, oral or tongue numbness, tinnitus, lightheadedness, dizziness, visual and auditory disturbances, and disorientation. This spectrum can progress and lead to muscle spasms, tremors, and even generalized tonic-clonic seizures. Eventually, severe toxicity will cause CNS depression, producing coma and respiratory arrest.2,3 While a typical pattern has been described (Figure 1), in reality, the actual clinical presentation can be highly variable and can occur anywhere from seconds to minutes after anesthetic injection.3 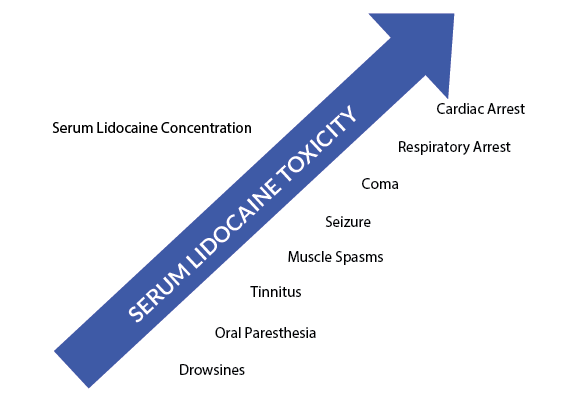 Figure 1. The progression of symptoms in lidocaine toxicity.

Cardiac toxicity is generally the most feared complication of LAST and is typically preceded by CNS symptoms. Similar to CNS toxicity, cardiac toxicity results predominantly from the binding and inhibition of sodium channels by local anesthetics, although several other proposed mechanisms have been described.4 Undesirable effects on cardiac conduction and inotropy can result in arrhythmias, shock, and ultimately cardiovascular collapse. Of note, while both lidocaine and bupivacaine can cause systemic toxicity, bupivacaine appears to be significantly more cardiotoxic.2

As in most toxic states, providing good supportive and critical care to the patient is imperative in LAST. Securing the airway to prevent hypoxia is the highest priority. LAST-related seizures and cardiac arrests can be prolonged, but still have favorable neurological outcome. Therefore, airway management is vital.

Benzodiazepines are the first line against seizures seen in LAST. Propofol can be used cautiously as a second-line agent in treating local anesthetic-related seizures, though it should not be used in any patient who is also exhibiting cardiovascular instability, as this agent may potentiate LAST cardiotoxicity. Despite the potential benefits of lipid infusions in these patients, propofol does not contain enough lipid content to provide a benefit over the potential risk of further cardiac toxicity. Controlling seizures and preventing hypoxia should be a top priority, however, as any state promoting acidosis will reduce intravascular protein binding of the drug in toxic states and increase the risk of cardiac events.

Sodium bicarbonate has been used to both support sodium channel function and to counteract acidosis, though literature on its use in this setting is lacking. Patients with hypotension are frequently refractory to fluids, and often require vasopressors. If epinephrine is used as a pressor, smaller then typical doses should be administrated because in high doses it can adversely work to impair resuscitation efforts and reduce the efficacy of lipid rescue. While all of these interventions may be life-saving, they may not be enough in severe anesthetic toxicity.2,3,4

Lipid emulsion therapy is a treatment option that has continued to gain momentum over the last several years. There has been an increasing amount of evidence that has shown its benefit in treating local anesthetic systemic toxicity. The concept behind this mechanism is commonly referred to as the “lipid sink.” Intra-arterial lipids rapidly bind the lipohilic anesthetic, and extract it from the target tissues. Dosing with lipid therapy begins with a 20% lipid emulsion at a rate of 1.5 mL/kg (lean body mass) for the initial bolus, followed by 0.25 mL/kg/min for 30 to 60 minutes.5 The bolus can be repeated one to two times as needed for persistent cardiovascular collapse or asystole. The infusion rate may be doubled if blood pressure declines or remains low.6

Despite the potential promising effects of lipid emulsions, randomized and nonrandomized control trials are still lacking regarding its use. Most of the data is anecdotal and comes from case reports or animal studies. While all of these resources have significant limitations, more and more physicians are continuing to have success with lipid emulsion therapy and the risk of harm with treatment is very low. The American College of Medical Toxicology (ACMT) guidelines state that lipid emulsion therapy is a reasonable treatment consideration.7 The American Society of Regional Anesthesia and Pain Medicine guidelines recommend considering it in the treatment of LAST as soon as the airway is secured.4 The majority of literature describing the benefits of lipid emulsion therapy is in treatment of local anesthetic toxicity; however, there are many case reports describing its success in other toxicity states as well (Table 1).6,8 While most of these drugs differ in their mechanisms of action, their lipophilic nature could explain why lipid emulsion therapy has had some success. In the severely local anesthetic toxic patient in which lipid emulsion therapy either is not available or does not work, cardiopulmonary bypass by extracorporeal membrane oxygenation (ECMO) should be considered.

While knowing how to treat LAST is beneficial, its prevention is key. Systemic toxicity can occur in several ways, the most common being direct injection of the anesthetic into an artery. Ultrasound-guided injections can help visualize any nearby blood vessels to prevent unintended intra-arterial administration. Incremental injections of three to five mL at a time and routine aspiration prior to injection can also further prevent LAST.4 It is essential to be aware of the dosing for local anesthetics (Table 2),9 as toxicity can occur from injecting a large dose or from multiple injections at a therapeutic dose.2

After consulting your toxicologist, a lipid emulsion therapy is made to be ready at bedside when the patient arrives. The patient receives the dose of lipids within minutes of arrival and quickly has return of spontaneous circulation. Despite the prolonged resuscitation, the patient has a favorable neurological outcome.