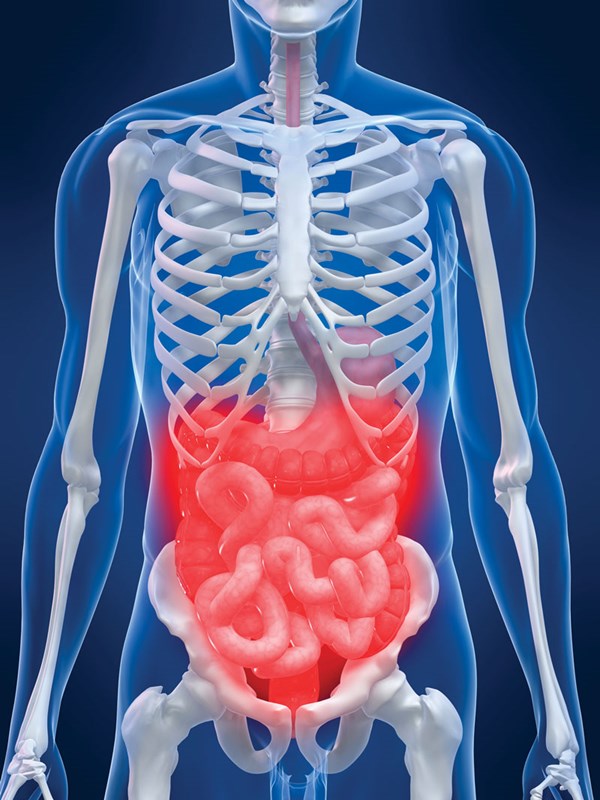 A 24-year-old male arrives to the emergency department (ED) after a motor vehicle collision. Initial workup reveals pelvic fractures with a small amount of retroperitoneal bleeding that is managed conservatively. A few hours later, the patient begins to feel very weak, develops oliguria, and complains of worsening abdominal pain. Physical exam reveals diffuse abdominal tenderness and distension. Lab work reveals worsening lactic acidosis and acute blood loss anemia. Intravesical pressures are found to be > 30 mmHg. The patient is diagnosed with abdominal compartment syndrome and is rushed to the operating room for abdominal decompression.

Intraabdominal pressure (IAP) refers to the pressure within the abdominal cavity. The normal range is 5-7 mmHg, but obese and pregnant patients can have a normal IAP of up to 10-15 mmHg. Intraabdominal hypertension (IAH) is defined as a sustained IAP greater than or equal to 12 mmHg. Abdominal compartment syndrome (ACS) refers to a sustained IAP greater than 20 mmHg in the presence of end organ damage (Table 1).1 As IAP increases, abdominal perfusion pressure (APP) decreases, resulting in reduced blood flow and ischemia to visceral organs.

IAH can cause dysfunction of nearly every organ system:

Cardiovascular: IAH elevates the abdominal diaphragm, leading to a decrease in ventricular contractility and compliance. Obstruction of the inferior vena cava and associated increase in central venous pressure leads to a decrease in venous return to the heart. This results in decreased cardiac output (CO). It is not uncommon for patients to have persistent and significant sinus tachycardia in a last ditch effort to maintain CO.3

Renal: Decreased renal perfusion and acute renal failure is caused by renal vein compression and renal artery vasoconstriction, the latter induced by the sympathetic nervous and renin angiotensin systems in response to an overall decrease in blood flow to the kidney.3

Gastrointestinal: The effect of IAH on splanchnic organs leads to decreased gut perfusion, which can occur at pressures of just 20 mmHg. This causes intestinal ischemia and edema, further worsening IAP. This vicious cycle culminates in sepsis (due to loss of mucosal barrier and resultant bacterial translocation) and persistent multi-organ failure.4

Hepatic: IAH leads to a decline in the liver's ability to remove lactate. Increased lactic acid contributes to the metabolic acidosis often seen with ACS.4

Because ACS often occurs in patients who are critically ill and unable to communicate, it becomes extremely important to understand and identify early warning signs of IAH.6

Measurement of the IAP is needed for definitive diagnosis, and the gold standard is measurement of bladder pressure using a Foley catheter and a transducer or manometer. Remember, ACS is not a diagnosis made on computed tomography (CT) scan! Several commercialized kits are available for the measurement of intravesical pressure, however an easy method that can be used in the emergency department involves instilling 50 ml saline into the bladder via the catheter, clamping the tubing of the collecting bag, inserting a needle through the specimen-collecting port and then attaching to a manometer.7

The initial treatment for IAH includes addressing any underlying causes and initiating supportive treatment, which includes evacuation of intraluminal contents (rectal tube, nasogastric tube), evacuation of space-occupying fluid (eg, paracentesis for ascites), and measures to improve abdominal wall compliance, such as placing the patient in a reverse Trendelenberg position and ensuring adequate pain control and sedation.

Fluid resuscitation is extremely important for ACS patients as they often third space fluid and quickly drop their intravascular volume. This leads to hypotension which aggravates bowel ischemia and results in further third spacing and intravascular depletion.

For patients who do not improve with initial treatment, are unstable, or who have evidence of end organ damage, surgical decompression is the definitive treatment. Abdominal decompression is often performed in the operating room (OR) but also can be performed at the bedside if needed. Following decompression, patients are typically left open with a negative pressure wound therapy dressing. The patient usually returns to the OR in 1-3 days for a second look and possible fascial closure.8

As emergency medicine physicians, it is important to understand the signs and symptoms of life-threatening diagnoses such as ACS, which may be present or develop at any point along a high risk patient's ED course. Knowing the cardinal signs of ACS, using appropriate diagnostic tools to acquire IAP, and consulting surgery when ACS is suspected can save a patient's life.