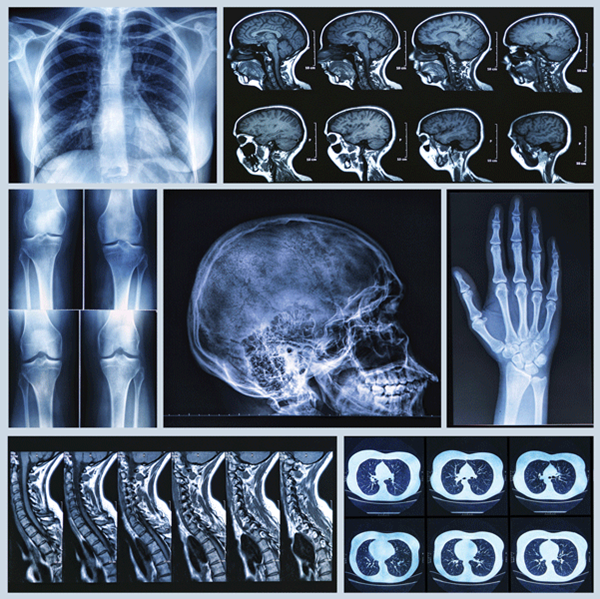 As the use of imaging modalities continues to increase in frequency, the incidence of unexpected radiographic findings continues to rise. Often referred to as “incidentalomas,” they represent a unique dilemma for patients, physicians, and the health care system. These now common discoveries amount to millions of dollars, and can have a large impact on patients' lives and physicians' careers.

A 62-year-old male involved in a minor motor vehicle accident presents to the ED with shoulder pain. He is otherwise well, and receives just plain films of the chest and shoulder. Both are read as negative by the emergency physician, so he is discharged home. The next day, a radiologist reviews the films and comments on the presence of a solitary pulmonary nodule in the left lung; he recommends followup. This recommendation goes unread until years later – by an attorney.

Two years after the first visit, the patient presented with dyspnea, was found to have metastatic lung cancer, and subsequently expired. The ensuing lawsuit names the emergency physician, radiologist, and primary care doctor.

Most of us are frustrated by incidental radiographic findings. We become emergency physicians to deal with emergencies. When the stat trauma rolls in, it's the acute life-threatening pneumothorax that concerns us, and not usually the 5 mm blip next to it that “warrants further non-emergent imaging.” It can already be a challenge to juggle the many urgent tasks that need to be done; expending precious cognitive effort on something that is, in the majority of cases, nothing can be burdensome.

The academic study of incidental radiographic findings is still early in its course. However, two facts seem to hold true regardless of the organ system in which they are found or the discipline studying them: the majority are benign; and, as the use of imaging continues to climb, they are being encountered at an increasing rate. We are more frequently being presented with non-emergent distracters that, more often than not, represent risk instead of benefit to the patient.

The number of incidental radiographic findings varies anatomically, with multiple studies showing the greatest occurrences in the abdomen and pelvis, followed by the chest, with the fewest found in the head.4 Likewise, their clinical relevance varies and depends on a complex interplay of variables, including the organ involved, the radiographic characteristics of the finding, and patient characteristics. For example, the principal predictor of malignancy for pulmonary nodules is size.6 In contrast, sonographic appearance is the principal predictor of malignancy of incidental adnexal masses, while size has a much smaller association.7

As demonstrated by incidental pulmonary and adnexal masses, you might imagine that the approach to evaluating the clinical relevance of incidental radiographic findings varies. However, there is one thing that seems to hold true among incidental findings in general: the majority are benign. In a 2002 study of 1,520 high-risk smokers (>50 years old, 20+ pack years smoking), 1,049 patients had pulmonary nodules. Surprisingly, malignancy was found in only 2.6% of patients with nodules.8 With incidental adnexal masses, the large majority of findings in all ages are simple cysts, of which less than 1% represent malignancy.7

The big problem with incidental radiographic findings is that a small fraction of them will not be benign, and may represent early stage malignancy. Early intervention in these cases may theoretically stave off invasion, metastasis, or even death. However, as impressive as current imaging modalities are, they remain limited both in their ability to discern malignant from benign, and in their detection of micro metastasis.9 Even among people who do undergo early intervention, a subset will still have metastasized or invaded on a microscopic level, and intervention may ultimately offer no benefit.

Certainly, a minority of patients will benefit from the detection, evaluation, and treatment of what is initially an early-stage, incidentally detected cancer. For those patients, intervention may be life-saving. More commonly, the benign incidental findings may lead to workups that are not so benign. The long-term management of these incidental findings is linked to more radiation, increased medical costs, significant anxiety, and invasive procedures such as biopsies.10,11 A benign lipoma may prompt multiple CT scans, expenditure of thousands of health care dollars, and a pneumothorax as a complication of an invasive diagnostic procedure. Some patients may actually develop malignancy as a result of serial CT scans tracking the growth of a benign incidental finding. Moreover, one incidental finding may beget others. In the case of pulmonary nodules, one study estimates that 10% of patients receiving follow up imaging for an incidental pulmonary nodule will be found to have a new one.12

Despite the multitude of possible patient and societal harms that the downstream management of incidental radiographic findings may cause, we really only have one choice in their management. As incidental findings become increasingly common with more frequent use of imaging modalities, we must take pains to account for them and communicate their existence and meaning to our patients. Neither of those tasks is particularly easy.

There is limited data to inform us about how frequently these findings are communicated to patients. The data that does exist is less than perfect. A 2008 single-center study of trauma patients with incidental radiographic findings reported that only 27% of patients received an in-hospital workup, outpatient referral, or documentation of findings in the discharge paperwork.3 Accounting for incidental findings in a busy emergency department can be difficult; even more so in departments without 24-hour access to a radiologist, where incidental findings may not be detected until after patient discharge. In these institutions, a means of flagging these delayed findings, communicating them to patients post-discharge, and documenting this process is critical for both the patient and the physicians.

Discussing incidental findings with patients likewise offers its own set of challenges. Most importantly, we must be vigilant of them and, when identified, we must set aside time — often our least plentiful resource — for patient discussion and documentation. Patients should be reassured that incidental findings are common, and in most cases turn out to be insignificant. However, they also need to know that they potentially can be harmful, and require follow up; and, in some cases, may be as serious as early stages of cancer.

As with so many other issues, we find ourselves in the middle of a tug-of-war between health care economics, ethics and law, and our duty to our patients. Despite the vague nature of incidental radiographic findings and the many frustrations that accompany them, our responsibility as emergency department providers is clear. Whether we like it or not, we should account for all incidental radiographic findings and discuss them with our patients.