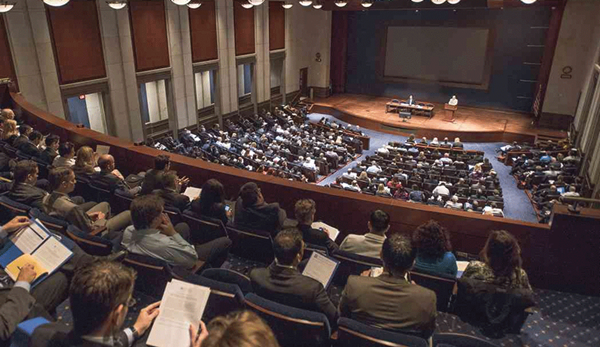 This year's iteration of the ACEP Legislative Advocacy Conference and Leadership Summit (LAC) took place May 3-6 and was exceptional. For many in emergency medicine, it is a highlight of the year. You may notice the name is new this year, but the conference's focus remains the same: LAC continues to emphasize important policy issues affecting emergency medicine and, as always, culminates in the Day on the Hill, which allows EM physicians to discuss these issues face-to-face with legislators.

Moreover, in addition to high-yield, issue-specific lectures and Capitol Hill visits, this year marked the inaugural Leadership Summit, which was a half-day of lectures and panel discussions centered on strategies for effective leadership. These messages were delivered by some of our specialty's most prominent leaders. The conference also marked the beginning of a new effort to increase resident and student involvement in ACEP's 911 Network.

A broad array of issues was discussed at LAC this year, but our visits on Capitol Hill were targeted to specific topics.

The SGR Repeal: A Thank-You Message

During the Hill visits, legislators were thanked for supporting the repeal of the Sustainable Growth Rate (SGR) formula. Every year for the past 13 years, ACEP has joined with other physician organizations in advocating for its repeal. The SGR was enacted in 1997 as a way to control rising Medicare costs. Unfortunately, this formula resulted in significant uncertainty regarding potential large cuts to Medicare reimbursements. Previously, Congress enacted 17 temporary patches to maintain physician payments.

The Medicare Access and CHIP Reauthorization Act (MACRA) was signed into law by President Barack Obama on April 16. The new bill repeals the outdated SGR formula that annually jeopardized physician reimbursement within the Medicare system. The bill passed with overwhelming bipartisan majorities in the Senate (92-8) and House of Representatives (392-37).

MACRA also creates a new value-based incentive program within Medicare that will replace the current PQRS system. The specifics of this new Merit-based Incentive Payment System (MIPS) will need to be clarified by CMS, but we now know 9% of your Medicare reimbursement eventually will depend on the quality of care delivered. Emergency medicine will have to work hard to ensure the quality metrics chosen by CMS within the MIPS system are fair and meaningful.

The Emergency Medical Treatment and Active Labor Act (EMTALA) is a cornerstone of emergency medicine. Under this law, emergency providers are required to stabilize and treat all patients, regardless of insurance status or ability to pay. For patients who require expert consultation, on-call physicians are similarly required to provide care. Many of these patients have life- or limb-threatening conditions, and physicians rarely have more than a brief relationship with them. These physicians are bound by both the federal EMTALA mandate and professional ethics to see all patients who present to the ED, and they often must make time-sensitive decisions with limited collateral information. Combined with the frequent uninsured status of these patients, taking emergency call is a source of work with low reimbursement and high liability. This makes it difficult to find specialists willing to take call.

Legislators were asked to co-sponsor the Health Care Safety Net Enhancement Act of 2015 (H.R.836/S.884), sponsored by Rep. Charlie Dent, R-Pa., and Sen. Roy Blunt, R-Mo. This bill would give providers of EMTALA-mandated care the same liability protections afforded to federal health centers and free clinics. H.R.836 and S.884 would move tort cases involving EMTALA-related care to federal courts under the Federal Tort Claims Act. Although this would not remove all barriers, this bill would extend protection to more physicians and improve access to emergency and on-call specialty care.

The issue of improving mental health care in the U.S. is of increasing importance to emergency physicians. Decreasing resources and inpatient beds contribute to an increased burden on emergency services and long boarding times in emergency departments. Many outside of medicine are unaware of this worsening crisis and lack of resources. These issues, and ideas for improvement, were key topics during the first two days of LAC, and our concerns were brought to the Hill.

Legislators were asked to support allocation of funding to support the mission of the NIH Office of Emergency Care Research (OECR). The OECR was formed in 2012 to catalyze, coordinate and create research focused on emergency care within the 21 institutes of the National Institutes of Health. The creation of this office was an important step in furthering research in emergency medicine, and reflects increasing recognition of the importance of our specialty in the care of patients. Although it does not directly award grants, the OECR works within the NIH to promote research in the emergency setting. The OECR also promotes career development for researchers who are focused on emergency care. As budgets for these programs and others continue to decline, it is critical that we continue to advocate for their funding. In addition to supporting OECR research funding, legislators were also asked to support appropriation of federal funds to regional trauma and emergency medicine grant programs. These programs are essential for maintaining and developing regional trauma systems.

The Resident Physician Shortage Reduction Act (H.R.2124/S.1148), sponsored by Rep. Joe Crowley, D-N.Y., and Sen. Bill Nelson, D-Fla., was introduced in both the House and Senate on April 30, just prior to LAC. Legislators were asked to support these bills that would abolish the current cap on Medicare GME funding and annually increase the number of Medicare-funded GME spots by 3,000 until 2021, for a total increase of 15,000. The bill also would require a national, non-biased study of the physician workforce in order to assess the degree of shortage present in each specialty. Half of the expanded residency positions would be restricted to shortage specialties. Lastly, the bill would give priority to VA facilities, new medical school branches, and hospitals with robust electronic health records when assigning new funded residency positions. The bill has a substantial cost, so it has an uphill battle to make it out of committee in either the House or Senate.

ACEP's 911 Network effectively conveys the College's legislative and regulatory priorities and positively impacts laws and policy important to emergency medicine. This year, the 911 Network is working to integrate more residents and students by providing more structured advocacy mentorship and career development opportunities. Through its Triple E Campaign launched this spring, ACEP wants to “Expand 911 Network membership, Enhance professional development opportunities, and Engage network members through the use of performance metrics and promotion.  It's a great opportunity to develop knowledge in health policy as well as skills in leadership and public speaking. Sign up today at www.acepadvocacy.org.

Want to learn more about current health policy issues and what you can do to effect change? Register for the ACEP 911 network to get weekly email updates from Capitol Hill with advocacy action plans. Follow EMRA's Health Policy Committee on Twitter at @EMAdvocacy, and join us in Washington, D.C., next year at ACEP's Legislative Advocacy Conference and Leadership Summit, May 15-18, to campaign for change among your elected representatives.