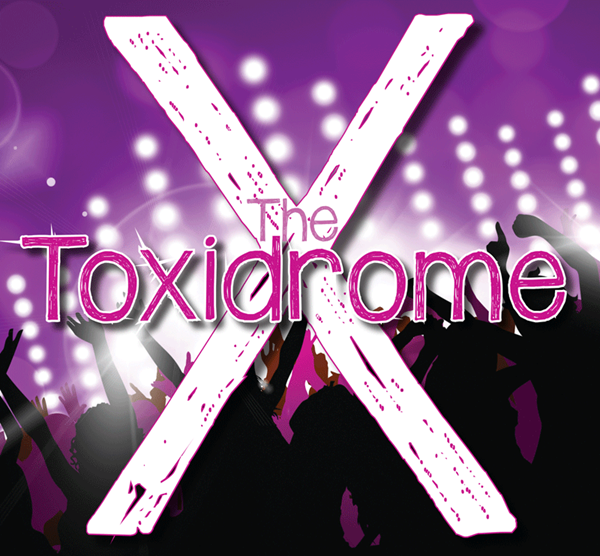 Note: Incorrect author information appeared in the print edition and has been corrected here.
We apologize for the error and confusion.

A 24-year-old female is brought into your ED by friends for “not acting right.” They report she ingested ecstasy and alcohol at a party the night before, and when they went to see her this morning, they found her on the floor of her apartment with a laceration on her right forehead, and “not making sense.” Her vitals on presentation are: BP 118/58, P 52, R 16, T 99.4, O2 Sat 100% on RA.

3,4-Methylenedioxymethamphetamine (MDMA, ecstasy, molly) is a euphoric and hallucinogenic drug commonly used in the US and in Europe. Originally synthesized in 1912, the compound was explored for psychiatric applications in the 1970s prior to classification as a Schedule I drug by the FDA in 1985. In the mid- to late-80s, recreational MDMA use was common across Europe; use in the US increased rapidly from the mid nineties to today, with annual new users estimated at 751,000 in 2013.1 In particular, use among younger age groups has been on the rise, from 1.9% of children in the US aged 12-17 having used MDMA in 1999 to 2.2% in 2008.2 Purity of the compound remains an issue, with reported adulterants including amphetamine, cocaine, heroin, lysergic acid diethylamide, ketamine, and cocaine.3

Through close monitoring and timely intervention, it is possible to minimize the morbidity and mortality associated with MDMA use.

MDMA is commonly ingested orally and/or through nasal inhalation. It interacts with monoamine transporters to stimulate the release of serotonin, dopamine, and norepinephrine in the brain. Other hormones released include cortisol and ADH. Hallucinogenic effects of the drug, including increased appreciation of lights and music, are due to direct serotonin 2A receptor stimulation.4 The half-life of MDMA and its toxic metabolites is estimated to be 8-9h for a single dose, but multiple doses autoinhibit its metabolism, further complicating the treatment of toxic ingestions.5

Adverse effects of MDMA include anxiety and panic attacks, which represent extensions of its more desirable effects. Other negative effects include hyperpyrexia, rhabdomyolysis, or serotonin syndrome. Hyponatremia can occur from free water uptake in the collecting tubules due to the effects of increased ADH release. Furthermore, MDMA's active metabolites act as neurotoxins over the short and long term, in addition to inducing liver injury at elevated doses.6

MDMA is taken by its users to elicit feelings of euphoria, increased sensation, interpersonal closeness, extroversion, and mild perceptual disturbances with regard to light and sound. Users often ingest multiple doses to enhance its desired effects; this can be dangerous due to variability of dose and purity in tablet and powder forms, in addition to the resulting unpredictable pharmacokinetics. Use commonly takes place in warm environments with high levels of sustained physical activity, potentially increasing its hyponatremic and hypovolemic effects.

Classically, MDMA ingestion manifests itself as a sympathomimetic toxidrome, as noted by restlessness, agitation, diaphoresis, mydriasis, tachycardia, bruxism, and hypertension. While these may be mild in intensity for modest ingestion, larger ingestions can lead to confusion, aggressive behavior, muscle tension, psychosis, hyperthermia, tachyarrhythmias, and seizures.7 The sequelae of these initial signs and symptoms contribute significantly to the morbidity and mortality associated with this drug. Hyperthermia and muscle rigidity can lead to significant rhabdomyolysis, of which is renal failure is a consequence. Additionally, tachyarrhythmias can cause marked hemodynamic instability resulting in death.

Start with the basics. Ensure these patients are protecting their airway, and provide support as needed. If initial vital signs are abnormal or the patient appears to be severely intoxicated after obtaining a history, keeping them on the monitor is prudent. Most will likely be volume depleted, and will benefit from intravenous fluid administration. Be sure to obtain an accurate account of any
co-ingestants, if able. Patients who report a small ingestion and are exhibiting mild signs and symptoms may not require any laboratory workup. For any patient showing signs of severe toxicity, however, a laboratory workup for electrolyte abnormalities, renal function, and rhabdomyolysis is warranted. A screening EKG is beneficial when faced with marked tachycardia or hypertension; cardiac function tests may be indicated, based on the patient's history and comorbidities.

Temperature. Hyperthermia can be pronounced, and may even lead to heat stroke in more severe circumstances. Temperature monitoring and regulation is vital to preventing the dreaded complications of heat-related injury, such as disseminated intravascular coagulation, and kidney injury. Hyperthermic patients should be kept at a temperature below 102 °F; initial cooling measures may include ice baths or cooling blankets; advanced cooling measures include sedation and neuromusclar blockade in addition to IV administration of dantrolene.

Salt. Hyponatremia is the most common electrolyte abnormality encountered in MDMA toxicity, and can be attributed to an increase in antidiuretic hormone secretion induced by MDMA. This is often exacerbated by excessive free water intake due to warm environments and increased physical activity.8 Normal saline boluses are usually all that are required; however, if sodium is less than 120 mmol/L and especially if the patient develops seizures, hypertonic saline may be necessary. Boluses may be repeated until a target increase of 5 mmol/L has been reached. Although hyponatremia associated with MDMA use is most likely acute (<48h), it remains prudent to prevent Na from rising more than 10 mmol/L in the first 24h period, and then 8 mmol/L per 24h period thereafter to prevent osmotic demyelination syndrome.9

Rhabdomyolysis. Patients should also be monitored for signs of rhabdomyolysis. Creatine phosphokinase (CPK) levels should be surveyed. Following correction of electrolyte abnormalities, elevated CPK levels should be addressed with aggressive saline infusion to prevent renal injury. In the most severe and life-threatening cases, veno-venous hemofiltration may be used.

Protect the kidneys. Kidney injury occurs through multiple mechanisms, particularly volume loss, hyperthermia, and rhabdomyolysis. Usually, however, identification of the underlying cause of renal failure, and treating it accordingly, is the ideal way to manage AKI in the setting of MDMA toxicity.

Watch the heart. MDMA use induces an alpha-adrenergic response similar to cocaine and methamphetamine administration, and so is frequently accompanied by palpitations and tachycardia. There are several reports of cardiotoxicity and cocaine-like vasospasm. Accordingly, beta blockers should not be used, as they can increase coronary vasospasm and myocardial ischemia. Tachydysrhythmias are usually managed as indicated based upon the rhythm.

Following initial laboratory and imaging studies, the patient is transferred to the ICU. She is administered 100 mL of 2% hypertonic saline IV at 50 mL/hr. A repeat Na (7h after initial study) is 129 mmol/L. Her urine sodium is 160 during her first night in the ICU, with a FeNa at 1.9%, consistent with SIADH. The patient is then placed on 1/2 normal saline, correcting to 135 over the next 24h with gradual improvement in mental status. Her CPK trends upward to 13,630 on day 2, but her neurological status continues to improve.

Patients suffering from acute MDMA toxicity should be managed with respect to the severity of intoxication. Those with severe hyponatremia or altered mental status, as in this case, should be monitored in a setting where frequent neurologic checks and chemistry results are accessible to evaluate the effectiveness of any interventions taken, such as the ICU. In the setting of decreasing symptoms and the absence of cardiac or electrolyte abnormalities, patients may be safely discharged after observation for 4-6 hours. After returning to baseline, patients should be counseled and screened for sexual assault, as memory and judgment can be impaired by MDMA or associated adulterants. Users should also be cautioned against the dangers of consuming such substances in the future, especially in unfamiliar or unsafe environments.

On day four of her hospital stay, the patient's CPK is 6,047 and her creatinine is within normal limits. Her mentation is at baseline, she consents to a sexual assault screening exam, and is subsequently discharged to home.

MDMA toxicity frequently has favorable outcomes with relatively limited intervention, but severe episodes of toxicity or overdose can lead to marked neurologic, hepatic, or cardiovascular damage. Due to the frequently limited and unreliable histories common to this type of ingestion, serial evaluations of these patients are recommended to ensure initial interventions are progressing appropriately and that no new findings are discovered. Through close monitoring and timely intervention, it is possible to minimize the morbidity and mortality associated with MDMA use.