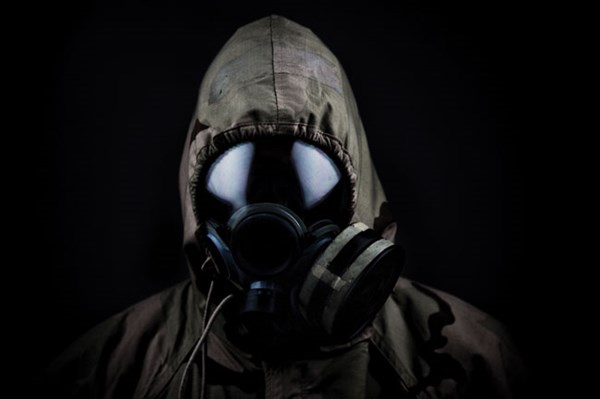 The threat of chemical warfare is hardly novel. Traditionally used by armies to break a stalemate against relatively defenseless targets (those lacking masks, antidotes, and easy mobility), today, chemical warfare agents (CWAs) may pose a greater hazard to civilians than soldiers. The use of sarin during the ongoing war in Syria and of mustard gas and tabun (GA) during the Iran-Iraq war is evidence of this fact.

Furthermore, industrial chemicals such as phosgene, ammonia, and chlorine are not only cheap, but also easy to manufacture. They are thus potentially attractive agents to low-tech terrorists seeking to injure large groups of people and instill fear writ large.

What follows is a review of only the most lethal forms of CWAs. Divided by class, it includes the most common agent names, their mechanisms of action, acute clinical presentations, and specific treatments. 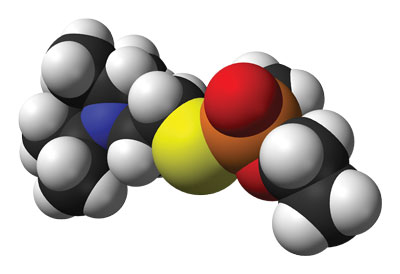 Commonly referred to as tabun, sarin, soman, and VX, nerve agents have famously been implicated in attacks by the Syrian government against rebel forces and civilians, and by North Korea in the assassination of Kim Jong Nam.1,2 They were also, on a less serious note, popularized in the movie The Rock. Considered the most toxic of chemical weapons, these agents are extremely potent organophosphates, achieving toxicity through the inhibition of acetylcholinesterase at muscarinic and nicotinic receptors. Patients thus present with the familiar constellation of “SLUDGE” symptoms: salivation, lacrimation, urination, diarrhea, gastrointestinal distress, and emesis. Severe toxicity may progress to seizures, copious pulmonary secretions, bronchospasm, and ultimately respiratory arrest. Miosis is a notably useful exam finding as it should be present in nearly all patients with significant toxicity.3

Treatment consists first and foremost of decontamination. The removal of all clothing and irrigation with copious water is critical to limiting toxicity not only to the patient, but also to first responders. Providers should cut off clothing (and thus avoid pulling it over the patient's head), and store it in airtight bags.

Atropine, an anti-muscarinic, is the primary treatment modality. It should be titrated to the correction of respiratory symptoms (ie, it should be given until one sees adequate improvement in bronchoconstriction and respiratory secretions). Pralidoxime (2-PAM), another potential therapy, reactivates inhibited cholinesterase compounds. It must be given prior to aging — the time at which compounds become irreversibly inhibited. Unfortunately, as aging can occur within minutes, 2-PAM is of questionable clinical utility. Seizures, in turn, may be managed with benzodiazepines, such as diazepam.3-4

Infrequently used in warfare given their high volatility and propensity for quick dispersal, cyanogen chloride and hydrogen cyanide nevertheless occupy a uniquely infamous place in history because of their use by Nazi Germany in WWII to kill up to 1 million civilians.5 A chemical asphyxiant, cyanide blocks the aerobic utilization of oxygen and causes within the exposed individual a progressive hypoxia. Symptoms such as abrupt onset headache, dyspnea, and confusion may lead to obtundation, seizure, hypotension, and cardiovascular collapse.

Given their high volatility and mechanism, the effects of these agents tend to be diametric: Should a patient withstand initial exposure, s/he is anticipated to recover with minimal complications. Victims who survive to hospital presentation will benefit from decontamination, hydroxocobalamin, and 100% oxygen administration. If hydroxocobalamin is not available, amyl or sodium nitrite followed by sodium thiosulfate is indicated.3-4,6-7 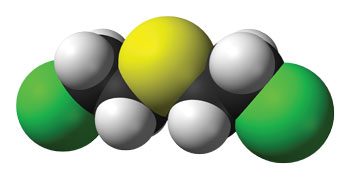 Frequently termed blistering agents for their propensity to induce dermal injury resembling that caused by burns, sulfur mustard agents are historically the most significant of these compounds, given their extensive use during WWI.5

Toxicity is achieved through multiple mechanisms, most significantly via direct damage to DNA. Interestingly, but not unexpectedly given its mechanism, sulfur mustard toxicity is delayed and dose-dependent. Dermal vesicles and bullae form 4-12 hours after exposure and can progress to partial and even full thickness burns. Ocular exposure may cause corneal damage and blepharospasm, resulting in temporary blindness. Respiratory symptoms range from cough and hoarseness to pneumonitis and tracheobronchitis.3-4,6

Mortality typically results from pulmonary injury or complications from dermal compromise. There exists no specific antidote to mustard agents. Treatment consists principally of decontamination and supportive measures: cut off the patient's clothing and irrigate him or her extensively with soap and water.. 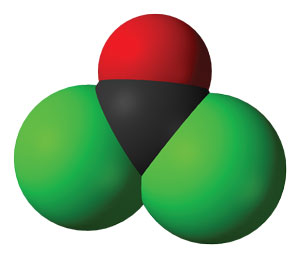 These so-called “choking agents” include some of the first CWAs; however, following their extensive use during WWI they have been largely replaced by more effective toxins. Still, they remain pervasive in the chemical industry and are relatively accessible to potential terrorists. Chlorine and phosgene are the two most famous agents, leading to delayed pulmonary edema from increased alveolar-capillary membrane permeability. It is postulated that both lead to the production of hydrochloric acid, resulting in mucosal damage and acute lung injury.3-7

Patients initially have oropharyngeal pain, mucosal edema, and stridor. These symptoms may in turn progress to respiratory distress, pulmonary edema, and hypoxia, culminating in respiratory arrest. As with the agents above, the mainstay of treatment is decontamination and supportive care. Once again, providers should cut off clothing and store it in airtight bags. Remove contact lenses and rinse eyes thoroughly if there is evidence of irritation or ocular exposure.

While other kinds of CWAs exist, the aforementioned are the most common. It should be acknowledged that in the acute setting it may be difficult to distinguish between agent types. Fortunately, there is significant overlap in treatment, rendering specific agent identification less immediately relevant. An emergency medicine physician need only recall the core principles of decontamination, stabilization, and supportive care; all other information can (and should) be sought from a local poison center or toxicologist.