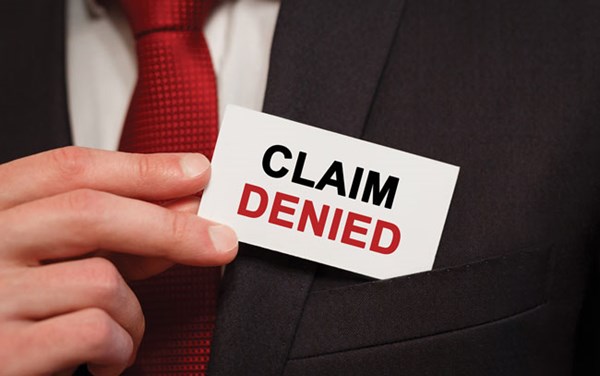 Anthem, the nation's second largest insurer, has adopted a policy under which emergency department (ED) visits could be denied coverage if Anthem retroactively determines the visit was not a true emergency. Culling from 2,000 diagnosis codes considered non-emergent by four Anthem-employed board-certified emergency medicine doctors, Anthem will flag the 300 highest volume diagnoses for review.1

Although this list has the power to financially bankrupt patients, Anthem reveals nothing about the methodology of selection criteria, which experts were consulted, or which stakeholders were engaged. Nor does it appear to be publicly available. From Anthem's website, they request that patients use the following alternative options for conditions that could potentially deteriorate:


How could patients possibly be expected to know the severity of their condition, let alone their final diagnosis? Patients should not be expected to self-diagnose, according to the “prudent layperson standard” that became federal law in 1996 after years of advocacy to protect patients from insurers' whims. These protections were extended to Medicaid and Medicare in 1997's Balance Budget Act.2

The laws define emergency medical condition as “a medical condition manifesting itself by acute symptoms of sufficient severity (including severe pain) so that a prudent layperson, who possesses an average knowledge of health and medicine, could reasonably expect the absence of immediate medical attention to result in placing the health of the individual in serious jeopardy, serious impairment to bodily functions, or serious dysfunction of any bodily organ or part.”3 This standard was further upheld in the ACA.

Anthem makes some exceptions to the policy, such as if the patient is directed to the ED by another medical provider, if the services are provided to a child under age 14, if there is no urgent care or retail clinic within 15 miles of the member, or if the visit occurs on a Sunday or a major holiday.4

Part of the reason behind the prudent layperson standard is the difficulty with which the acuity of presenting complaints can be deciphered, not only by lay people but also by trained professionals. An analysis published in JAMA Internal Medicine in 2016 found significant overlap between benign chief complaints and those that were emergencies. Of the top 10 diagnoses from nonemergency visits, half were identical to those of emergency visits: backache, lumbago, acute upper respiratory infection, cellulitis, and acute pharyngitis. Moreover, the analysis found that 5.7% of visits labeled non-urgent by the triage protocol required admission or transfer, compared with 14.9% of visits labeled urgent. These “non-urgent” patients were sometimes sick enough to require intensive care units — such as the case with 0.7% in the population studied.5 If these critically ill patients had stayed home because they were worried about Anthem retroactively denying their claim, they could have had fatal outcomes.

Additionally, studies have shown the majority of ED patients are there because they perceive their problems as urgent. Furthermore, having a regular doctor has not been shown to decrease a patient's use of the ED.6

Affected states have included New York, Missouri, Indiana, Georgia, and Kentucky. With Anthem active in 14 states with 40 million people insured, patients all over the country may soon find themselves in a precarious position.7

Historically, efforts to cost cut by deterring visits to the ED have not shown much success. Among Medicaid populations, the Deficit Reduction Act of 2005 allowed states to impose higher copayments for nonemergency use of the ED. In states that increased their copayments, there was no reduction in nonemergency use for the ED.8 There was also no increased use of outpatient providers as an alternative or increase in the acuity of patients presenting to the ED.9 This finding is further reflected in Maryland's experience with ED copays, in which the administrative burden of determining a nonemergency was greater than the amount that was recovered.10 Similar to Anthem, in 2012, Washington state's Medicaid created a list of 500
non-emergent diagnoses the state
refused to cover. After significant backlash, the governor decided not to implement the plan.

For patients with commercial insurance, The RAND Health Insurance Experiment of 1970s found that increasing the cost to patients did not alter the appropriateness of the care they sought. The increased cost sharing decreased use of the care overall, regardless of the effectiveness of the care sought. Consequently, patients missed necessary interventions.11

In a different era or a commercial sector, consumers would revolt against policies like Anthem and use a different insurer. But today, in this country, they can't. For those with employer-sponsored insurance, employees are stuck with the deals negotiated by benefits managers. Furthermore, the unstable ACA marketplace has left many counties with limited options — or sometimes no choice at all. In Georgia, for example, Anthem is the only insurer offering individual insurance plans in 96 of the state's 159 counties. Anthem has been rapidly withdrawing from many states' individual marketplaces, leaving insurance deputies and state officials scrambling to find coverage for their citizens.

State and national medical organizations are pushing back against Anthem's policy, citing that the policy violates the prudent layperson standard. Four Missouri medical groups authored a letter to the Director of Missouri Department of Insurance demanding redress of the Anthem policy. Additionally, the AMA and ACEP sent a letter to the Anthem CEO requesting they immediately rescind the new policy.

Not discussed in these advocacy letters is that emergency medicine physician services are charged at much higher rates than other specialties. There is good reason for this premium: we are the only specialty that sees any patient at any time regardless of insurance status (per the EMTALA legal mandate). The downside of this is poor payer mix. The resulting high uncompensated care costs and overcrowding drive up costs. One recent study found an overall markup of 340% of Medicare's rates, with markup ratios ranging 1.0 to 12.6 times higher.12 For comparison, commercial rates for inpatient services were 189% of Medicare's FFS rates.13 For orthopedic procedures, commercial insurance paid 130% of Medicare's reimbursement.14

With rates higher than other specialties, the ED has been a lightning rod for criticism. Dr. Joseph Fox, medical director for Anthem's Indiana operations, said ED visits have increased 4-8% annually in recent years and three-quarters of these visits were for non-emergencies.7 His estimates of non-emergent visits are not borne out by studies of patients' perceived urgency and ultimate disposition.

If emergency physicians are to come to the negotiating table, we should also be ready to find solutions to the issue of raising costs and wide pricing variations. It will only advance our advocacy efforts to protect our patients' access to essential emergency care.