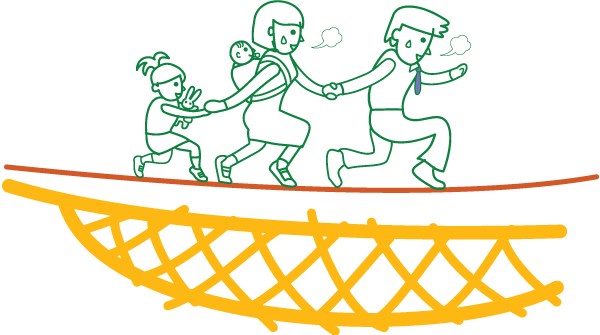 Preserving the Safety Net: What is the True Cost of the Uninsured?

President Donald J. Trump has sparked emotional debate across the country with bold promises on important public health issues like Medicaid expansion. He has said the Affordable Care Act (ACA) will be repealed and replaced with a more cost-efficient system.1 As rumors grow, uncertainty mounts about the future of our country's health care safety net, particularly for the uninsured. As emergency physicians, we take care of millions of patients without health insurance each year. What are the true costs of these uninsured? What is our duty to this population?

On a recent shift, a patient came to the emergency department in tears with thoughts of hurting himself. He had poorly controlled hypertension and little financial support. Without insurance and barely enough income to sustain himself, he could not afford medications to keep his blood pressure controlled, much less the out-of-pocket costs required to see a mental health specialist. Like so many of our fellow Americans, he sought the ED when he had nowhere else to turn.

Who Are the Uninsured?

Despite implementation of the ACA in 2015, there were still an estimated 28.5 million uninsured individuals that year.2 Although financial assistance remains available from the government to help purchase a health care plan, many uninsured adults are deterred by high costs and ultimately remain uninsured. This group includes a growing share of Latinos (from 29% to 40% from 2013-2016) and those with incomes below the federal poverty line (39% of the uninsured in 2016), with the majority pointing to “affordability” as a major reason for remaining uninsured.3 The highest rates of uninsured adults reside in the Southern states. Sometimes, adults may fall into a “coverage gap” where they earn too much to qualify for Medicaid but don't make enough to receive premium tax credits for purchasing insurance. Nearly 3 million people are estimated to be in this “coverage gap.”3

Why Does this Matter?

The literal and metaphorical costs are high. The uninsured receive lower quality care and at a high economic burden to them. Their personal health suffers, and the cost to our health care system is great. The uninsured are less likely to seek follow-up care, more likely to be hospitalized for preventable medical conditions, and are prone to receive fewer diagnostic/treatment services than the insured.4 This leads to enormous hardship on families who become overwhelmed with excessive medical bills.

The evidence also supports that being uninsured leads to worsened health care outcomes. The Oregon Experiment, a lone study in Oregon, showed notably improved health outcomes with Medicaid enrollment compared to those who had no insurance.5 This included a 30% reduction in observed rates of depression between the two groups.6 Other studies have shown that insurance status leads to improved affordability, less medical debt, and less societal burden of poor health outcomes relative to the uninsured.

Finally, our greater health care system continues to be jolted. Lack of insurance burdens society, which must absorb debt and fund uncompensated medical care. This drain especially weighs on the shoulders of nonprofit hospitals, where each additional uninsured person can cost up to $900 per year.1 As insurance plans remain expensive, companies raise their premium rates and local governments struggle to provide tax subsidies to the poor — making our public health system strain at the edges.

What Does the Future Hold?

Most recently, the success of the ACA has been called into question. How will a potential repeal of the ACA affect the uninsured? The simple answer is that nobody knows. What is certain is that change has already begun.

In November, Rep. Tom Price (an orthopedic surgeon) was selected as secretary of Health and Human Services. This nomination was controversial, especially among physicians. Critics point to his radical positions on health care. In 2015, he proposed an alternative to the ACA that would strip 14 million poor people of health insurance by rolling back federally-funded Medicaid expansion in 31 states and the District of Columbia. His proposal would also exempt insurers from covering addiction treatment or birth control services. Others advocate that the administration is taking a badly needed “outsider” approach to fixing our imperfect health care system.

How Can You Get involved?

As emergency medicine residents, we have enormous power to enact change and help reduce health disparities. Politically, EMRA serves as a great launching pad for getting involved in health policy and advocacy. Getting involved is easy!

Even a simple phone call has the potential to change the opinion of a key health advisor or a member of Congress.

As physicians, it may appear daunting to confront the most entrenched and debilitating forms of poverty. Yet we cannot sit silently. We must rise to the occasion and work together to create novel solutions to some of the most complicated problems of our time. Our health care system, and our patients, depend on it.