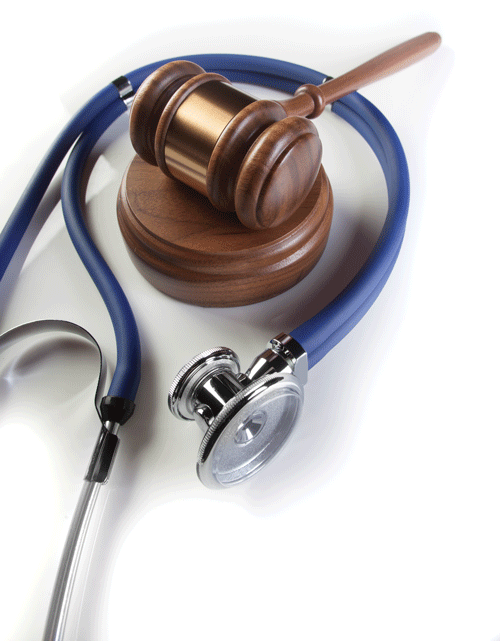 One of the most important pieces of health care legislation since the Affordable Care Act snuck into law in the last days of President Barack Obama's term. Generally regarded as a bipartisan victory, H.R. 34 (the “21st Century Cures Act”) enjoyed easy passage in the House and Senate after years of previous versions had failed. The primary goal is to expedite getting drugs and devices to market, but it also addresses several other issues germane to emergency medicine.

Emergency medicine physicians know well the inadequacies of our mental health system. The Cures Act offers several provisions that could help tame the surge of mental health emergencies and boarding. One of the most important changes is establishing an Assistant Health and Human Services (HHS) Secretary in charge of creating and coordinating federal policy for mental health and substance abuse. Additionally, a new National Mental Health and Substance Use Policy Lab will be charged with driving policy on all things related to mental health, mental illness, recovery supports, and substance use disorder services.

This act also provides regulatory changes and funding avenues to increase outpatient capacity and community alternatives. It directs HHS to enforce existing laws that mandate the same coverage for mental illness and substance use disorders as for physical conditions. It also ends a regulation in Medicaid that did not allow payment to both providers if primary care and mental health services were provided on the same day. The Cures Act also offers grants for Assisted Outpatient Treatment, or court-ordered care for people who might otherwise not seek help, as well as Assertive Community Treatment that gives patients with severe conditions access to a team of on-call professions.

The new law encourages coordinated care by reauthorizing grants that improve coordination between mental health professionals and primary care doctors. It also bolsters programs to increase screening and support of suicide prevention and addresses criminal justice issues such as alternatives to incarceration for nonviolent, mentally ill offenders. While these payment, community and workforce reforms are welcome, unfortunately there is nothing to address the critical decline in inpatient psychiatric beds, which have decreased by 35% in the past two decades.1

Another provision prevents EHR vendors from blocking the transmission of such data to third parties such as the Clinical Emergency Data Registry (CEDR) — a key ACEP initiative. CEDR will help with collecting and reporting quality metrics that under MACRA's reimbursement reforms will comprise an increasing portion of our bottom line.2

Further and finally embracing technology, the Cures Act requests a report from CMS and the Medicare Payment Advisory Commission (MedPAC) on the current and potential uses of telehealth in the Medicare program. By 2018, the act commands lawmakers to address which telehealth services are eligible for fee-for-service reimbursement through Medicare and how Medicare can offer services similar to that of private insurers.3

The Cures Act will authorize $4.8 billion to the NIH from 2017 to 2026. This money will be spread over three initiatives of the Obama administration: $1.8 billion for cancer research called the Beau Biden Cancer Moonshoot; $1.56 billion for the Brain Research through Advancing Innovative Neurotechnologies (BRAIN) Initiative; and $1.4 billion for the Precision Medicine Initiative that studies personalized treatment based on genetics, environment, and lifestyle.

The Cures Act is presented as a mechanism to accelerate drug discovery and availability, but critics are concerned it weakens the safeguards built into Food and Drug Administration (FDA) approval. Despite the FDA's tight budget, it is actually quite efficient: all new drug applications are evaluated within 6 to 10 months. However, critics of the approval process complain that the barriers to drug development are pervasive, citing that only 2 out of 10 drugs that enter clinical development result in FDA approval.4

It should give pause that the thrust for the change in the drug review pathways is not coming from within the FDA, but from legislators subject to re-election and under the influence of lobbyists.5 The primary bill sponsor, Rep. Fred Upton, R-Mich., was the top recipient of contributions from pharma in the year prior to the initial House vote and received more than $1.3 million in donations from health care political action committees.6

The Cures Act hopes to encourage new drug development by expanding acceptable forms of evidence, specifically increasing use of surrogate endpoints, patient experience and summary data. Supporters hope that targeting surrogate endpoints such as biomarkers can enable trials of smaller size and duration, lowering the threshold for drug companies to be willing to invest in research for a potentially successful drug. Tracking biomarkers proved to be a successful surrogate of disease progression for HIV therapies. Critics of the increased use of surrogate markers are concerned this could lead to more drugs being approved that improve biomarkers but don't improve clinically significant outcomes, such as the case in some diabetes, hypercholesterolemia, and oncology therapies.

The Act also makes it easier for drug companies to apply for new indications for existing drugs, enabling them to expand markets and thus profits. Pharmaceuticals will be able to use data summaries, “real world evidence” such as observation studies, patient reported outcomes instead of randomized clinical trials as grounds for getting FDA approval, a change opponents say effectively lowers the quality of data the FDA uses to judge if drugs are safe and effective.

In recognition of the rising threat of antibiotic resistance, the Cures Act allows antibiotics and antifungals to be approved more quickly with only preliminary data in cases of “unmet medical need.” Through this “limited population antibacterial drug” pathway, drugs can be FDA approved after small trials based on the benefit-to-risk profile. The concern is that these approved drugs could be extended for large populations having skipped the prerequisite clinical studies, putting more people at risk.

Already an area of more lax regulation, reforms made to the medical device approval process further lower the burden of proof required for devices deemed by their manufacturer to be “breakthrough” devices. This label can be had if the device can claim having “significant advantages over existing approved or cleared alternatives, including the potential”¦ to improve patient quality of life.” Thus companies can submit case studies or reports instead of randomized control trials.

The medical establishment relies on a presumption of the public's trust in order to practice medicine. While at face value the Cures Act is a vehicle to expedite biomedical research, address mental health reform, reverse the opioid crisis, and increase access to novel therapies, we must remain critical and thoughtful of the complex balance between fiduciary responsibility, industry influence, and patient empowerment.