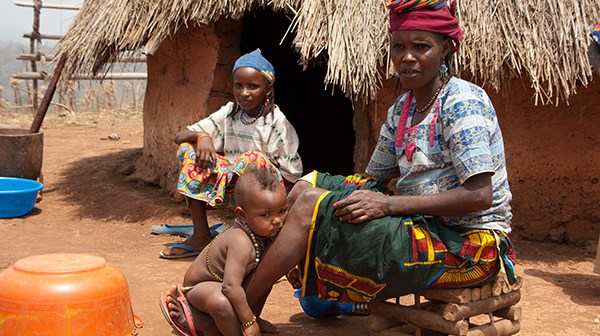 The State of Emergency Medicine in Cameroon

Emergency medicine has quickly developed during the past few years in Cameroon, from not being considered an independent specialty in the 1980s to a fully recognized and flourishing specialty now.

Unfortunately, the current health care system does not meet the increasing needs of the public in Cameroon. Public spending on health was only 2% of GDP in 2012. Increasing numbers of motor vehicle collisions and inadequate prehospital transportation systems, coupled with the limited number of trained hospital staff and appropriate equipment, can help explain the rising number of deaths from emergency situations.

Sadly, Cameroon is a typical example of a developing African country with an under-developed prehospital system. The well-known “golden hour” of trauma specifies that patient outcomes are improved when patients are transported to a designated trauma center within 60 minutes of injury. In Cameroon, the average response time for EMS ranges from 35 minutes in major towns and cities to sometimes no response in the rural interior. This lack of reliability leads citizens to independently transport patients, family members, and friends to nearby health centers without ever calling for an ambulance, which may help explain the high degree of morbidity and mortality from prehospital emergencies in Cameroon.

EDs typically operate in a 50-140 meter-squared area with the following resources: 2-15 beds, emergency drugs, defibrillators, ultrasound machines, x-ray machines, and (in the leading hospitals) computed tomography scanners and magnetic resonance imaging machines. Most EDs are run by medical doctors or nurses in some rural areas, while more urban areas are staffed by emergency physicians. Common problems faced by EDs throughout the country include lack of an adequate prehospital transport system (as discussed), lack of mandatory equipment, and lack of space. Nevertheless, the specialty is growing rapidly and generating significant interest among medical students.

Presently, the Ministry of Higher Education and the Ministry of Public Health are making efforts to train more EM physicians in the oldest state medical school, the Faculty of Medicine and Biomedical Sciences of the University of Yaoundé. Two new emergency centers, Centre d'Urgence de Yaoundé and Centre d'Urgence de Douala, have also opened, and both have quickly become leading institutions in the country.

International organizations and foreign countries have also contributed by providing aid to Cameroon's health system and to EDs in particular. One example is the $40 million worth of equipment recently provided by the U.S. government to Centre d'Urgence de Yaoundé.

The development of EM student groups throughout the country also reflects a desire for better training of future emergency physicians, for the advancement of the specialty, and for public education and support. As a result, these student groups focus on educating communities in providing basic first aid while calling for new professional training programs and facilities.

While much work remains to be done, the rapid expansion of emergency medicine in Cameroon in recent years likely foreshadows a promising future for the specialty and for patient care.

Are you interested in emergency medicine globally? The EMRA International Division connects EMRA to the world, and the world to EMRA. Find out more about the group's activities and goals.