Emergency Medicine Practice Models: One Is Just Right for You

Emergency Medicine Practice Models: One Is Just Right for You

Choice is good and emergency medicine physicians have plenty of it when it comes to practice models and work environments. Here's more good news: According to Medscape, the average compensation for a U.S.-trained emergency physician is $340,000. And employed EM physicians make nearly 23 percent more than those who are self-employed.

Numbers aside, we asked three EM doctors who have made smart career choices to analyze the pros and cons of each workplace option.

Academic: These facilities on the leading age of research are usually equipped with the latest technologies, therapies and other resources to be utilized by the interdisciplinary team. They may also be the safety net hospital for the region or state.

Salaries may be lower than at a community hospital or in private practice, but on the plus side, academia often affords better benefits and job security.

"If you want to study — and have 'protected' time to do it — an academic medical center may be just right for you," says Hamad Husainy, DO, FACEP, staff physician at Helen Keller Hospital in Sheffield, Ala., and the CEO for Sycamore, a physician/contract group-hospital employment solution.

"If you only want to take care of children and do pediatrics, for example, then you'll do that at an academic center," he says. "In contrast, community hospitals take care of everybody, from birth to death."

"The academic bureaucracy can be a challenge and burnout tends to be higher," he admits. "But if you love the teaching aspect, it's the ideal environment and an opportunity to be involved with medical education of the future."

Eric McDonald, M.D., is in his third year of residency and working at an academic medical center. His goals are clear, albeit somewhat non-traditional, he says, since he was a firefighter and paramedic previously.

"My path was set before me. I'm married with seven children. I couldn't willy-nilly jump off into this career without researching pretty heavily the benefits of emergency medicine, with so many paths you can take."

He enjoys education — being educated and teaching — and says it's what pushed him into medical school.

"I've got interns and fourth-year medical students with whom I get to play a facilitating role, sharing tips, showing them shortcuts and helping them have a more 'global view,'" he says. "I'm often closer to them than maybe my attending is, because the more senior physicians in an academic setting actually 'back off' a bit. It's very different from micromanaging an intern."

Dr. McDonald says he does appreciate that when community doctors work shifts, "they get to go home and they're done."

Community: Hospitals in this genre can be large or small, but they're expected to "do everything," Dr. Husainy says. A large hospital can also mean ownership by a large hospital company.

Dr. Stanton agrees that a large, urban community hospital or center delivers a plethora of specialty services. "But with a smaller, community hospital, the further you move 'out' from the city, the less bureaucracy there tends to be. You also tend to have less back-up and support, and you'll spend more time on the phone transferring a patient out. At a larger facility, you may transfer out less than 5 percent of admissions."

Set salaries aren't typical, with physicians usually paid on an hourly or fee-for-service basis. Community hospital leaders agree, according to Becker's Hospital Review, that recruiting and partnering with physicians remains a challenge — an opportunity for you!

The Urgent Care Association of America reported more than 7,300 facilities last year. The industry may increase up to nearly 6 percent annually, says IBISWorld, as it's driven by the yet unmet demand for primary care providers. ACEP's latest salary report shows incomes as high as $350,000 — although that may be the exception in many areas.

Salaries are generally less, but for an emergency room doctor who wants ownership, it's highly desirable, says Dr. Husainy. "Ownership in ER practices is dying. It's also appealing if you're not into hospital and federal bureaucracy. Some ER doctors also get mentally weary of seeing very sick people, including children — another reason to choose this less-stressful environment."

Emergency medicine does have the highest burnout rate, Dr. Husainy says. "Urgent care is a good choice is you want to back off or slow down and have more of a lifestyle. Of course, if you own your own practice, there is more back-office work."

Dr. Stanton agrees, adding that, "in urgent care, there's not as much mental and emotional capital being expended on a patient — for me, it doesn't have the acuity and cases that attracted me to emergency medicine. It is a great opportunity to engage in bread-and-butter acuity that fills an important gap in the healthcare spectrum. It's also a favorite for physicians at the end of their career to stay in the game but wind down from the intensity and schedule of emergency medicine".

He also finds the focus on patient satisfaction, versus evidence-based practice, to be at times perplexing. "Prescriptions for antibiotics may be written when patients don't really need them," he says. For him personally, having 'significant' cases transferred out doesn't really resonate, plus he feels that time might be wasted, if, for example, a patient comes first to an urgent care center when they need to be seen in the ER.

Having originated in the 1970s, these facilities are exactly what they sound like: emergency rooms "separate" from hospitals, with no inpatient or operating rooms. If patients need inpatient care, they get transported instead of taking the elevator upstairs.

If you'd like to own an FSED, you can only do that in three states, says Dr. Husainy: Colorado, Rhode Island and Texas. "Otherwise, in other states, FSEDs must be owned by healthcare entities."

According to NEJM Catalyst in October last year, 323 hospitals operated 387 FSEDs, up 76 percent from 2008 to 2015. Additionally, 172 were owned independently by 17 for-profit entities.

"You work in place that provides 24/7 care, with nurses, nurse practitioners or physician assistants, along with a complete lab and CT machine," he says. Dr. Husainy estimates that one out of 12 patients will be admitted to the hospital. "FSEDs create more places for the patient to go with shorter wait times and faster service for approximately the same cost."

Dr. Stanton likes that FSEDs have similar tools and technical "toys" as regular emergency departments, but laments that many patients still get transferred out. "If you work at one, you'd better hope it has an open acceptance policy, or you'll be spending a lot of your time on the phone."

If you're considering taking the reins at an FSED, there's less administrative overhead with a physician-owned group, and more say about what happens. "It's ideal if you don't want to deal with all the 'upstairs' issues,'" he says.

Yes, ambulances are frequently associated with hospital EDs, but they are starting to bring more patients to FSEDs, especially in Texas, says Dr. Husainy.

"But if an ambulance service thinks the person is a potential hospital admission, they may bypass the FSED, which waters down your acuity pool," says Dr. Stanton.

An analysis from the Texas College of Emergency Physicians found that impressions of the work environment are positive. "Survey respondents noted that FSEDs are not ideal for new resident graduates or for those wishing to maintain their critical care skillset. These facilities are best suited for physicians looking to transition out of high acuity settings."

If ownership is your current calling, emergency physicians often run EMS businesses. If you work there as a medical director instead of an owner, your pay will be less than working shifts in an ER, but you'll be able to supplement your income on a more "community-based" salary, Dr. Husainy says.

An EMS medical director himself, Dr. Stanton sees the field as another viable opportunity for EM physicians, "especially to extend our capabilities outside the ER."

As Will Smith, M.D., and paramedic told EMS1 last year, the field is going to continue to grow, not only due to trauma needs, but also due to public health concerns. He also cited domestic terrorism and active shooter events, as well as emerging infectious disease categories.

The American College of Emergency Physicians' Primer says that applications the still-emerging field of telehealth in EDs, urgent care centers and ICUs are "limitless." It finds telemedicine particularly applicable in management of acute stroke, rapid interpretation of radiologic images and management of traumatic injury.

"This job is definitely less strenuous and more lifestyle-friendly, although pay is typically less," says Dr. Husainy. "Work as a contractor or own your own service."

When people need medical care "now," the range of practice opportunities means patients have access to options that didn't even exist a decade ago. Providers can choose career settings that meet their ever-changing needs through every career state.

Quiz: Find the Right EM Practice Models for You

Whether you're new to the career search or you've accrued years of experience, it's good to know that no matter where you are and where you're going, you have several options when it comes to practice models. Take our quiz below, then add the number of times you use each letter to hone in on the practice environments that best suit you. Yes, you'll find some answers will merit more than one letter from you, but make sure to add them all up to determine your ideal matches.

1. I want the option to work for myself and be my own boss.

2. I can't get enough of the adrenaline rush that comes with treating the most challenging emergent cases that present to Level 1 trauma facilities.

3. I read the latest academic research and am eager to be in an environment where the interdisciplinary team discusses and incorporates the newest, evidence-based medical protocols into its treatment plans.

4. I’m a real technology buff, totally comfortable working for hours on my tablet, my PC and my phone, and using video for patient interactions whenever possible.

5. I want to make decisions that help a patient immediately after they suffer a traumatic or emergent event, a firm believer that even a few minutes can make a difference between life and death.

6. Am I ready to take things a bit easier in terms of stress and lifestyle choices, but don't want to leave the exhilaration of emergency medicine? 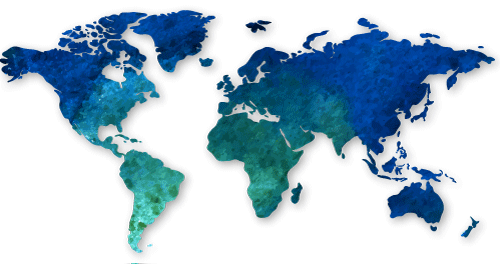 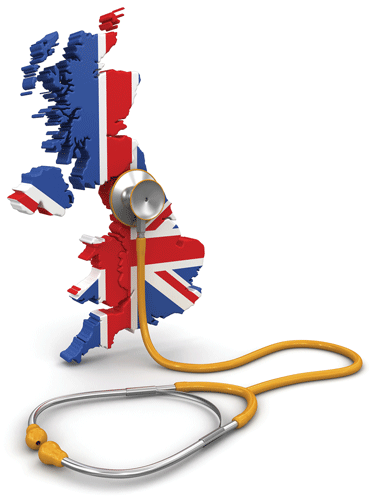 Ode to Local Tenens: Lessons from the Real World